Readers will know that I am often following the grey heron around at the park. Not that I’m actually stalking it, but if I see it I slow down my walk in an attempt to get closer without disturbing it too much. But many times it sees me before I see it.

Last week I was rewarded with seeing a heron at the end of the breakwater and to see the older one flying down to protect its young as I came into view.

In this shot it had just landed and placed its wing over the smaller one in a protective stance. 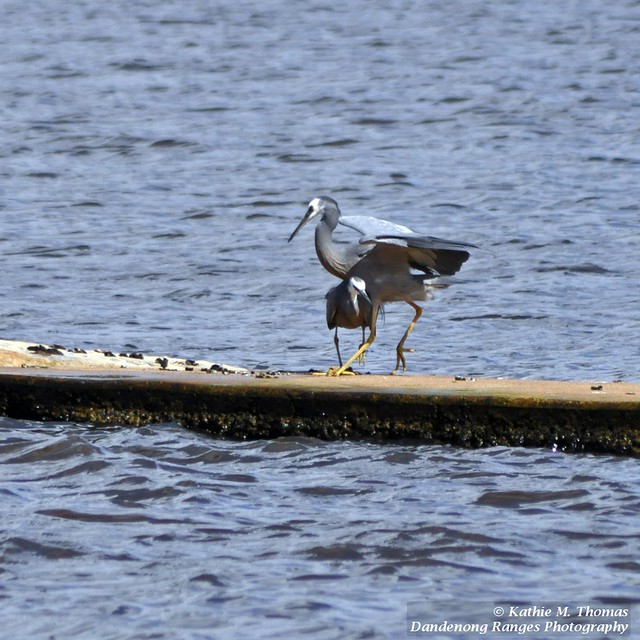 Then they both moved to the end of the breakwater, while keeping an eye on me. 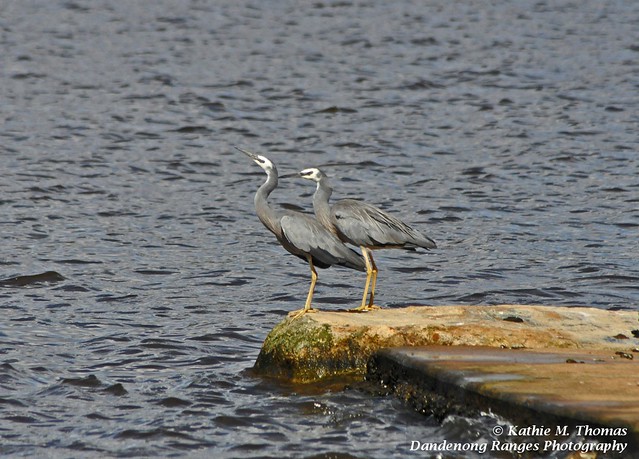