Recently I was there and decided to sit on one of the benches. I was rugged up to keep warm and had woollen gloves on too. Which meant having to remove one when I wanted to use my camera but it was worth the effort.

It was also worth sitting and waiting. I’d discovered a white faced grey heron only a couple of days before in another part of the reserve, not where there are walking paths and I couldn’t get close enough for a decent shot. As I left that morning I heard it calling and saw it winging its way over the main lake and off to the trees. And I had not been prepared! But this next time I heard it I was, and discovered there were two of them!

There are two in this shot if you look closely enough. 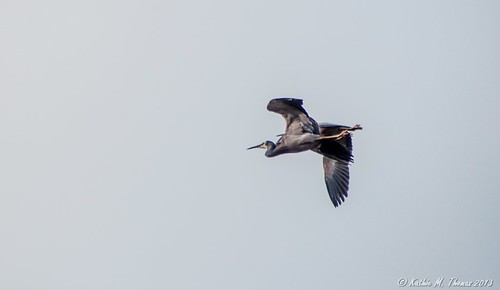 Wishing I had a 500mm lens for an even closer view – they were high up in the sky. 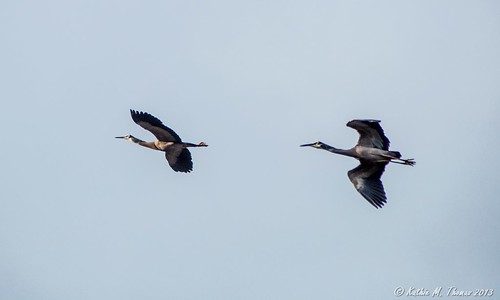 Another bird I’d seen several times but hadn’t been able to get a good shot of, finally gave me that opportunity the same week. The Brown Thornbill. 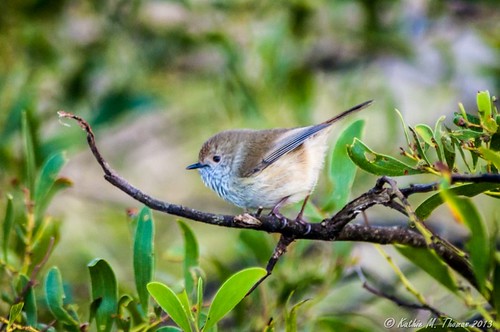