The New Holland Honeyeater have begun showing up in the garden again. They are mostly black and white, with a large yellow wing patch and yellow sides on the tail. It has a small white ear patch, a thin white whisker at the base of the bill and a white eye. This honeyeater is an active bird, and rarely sits still long enough to give an extended view. Sexes are similar in looks, but females are slightly smaller in size. It was among the first birds to be scientifically described in Australia. I wanted to get it backlit by the sun in this shot. 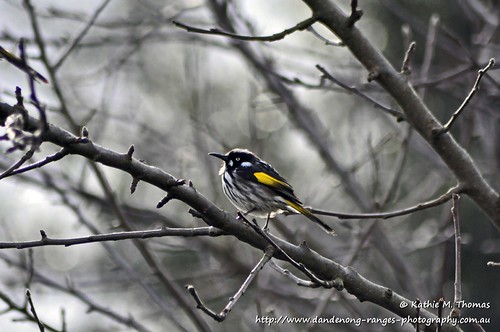