It never ceases to amaze me the varieties, colours and styles of birdlife that there is. And here in Australia, we certainly have an abundance of them. I love discovering ‘new’ ones and getting shots of them. My normal approach is to get a shot, even if distant, just so I can say I’ve taken a photo of one. But from thereon, my goal is to get in closer, and closer, to get even better shots.

This bird was in captivity, or at least in a a large walk-in aviary, so we still had to work to get shots that were clear of branches, where it was perched in a bush. So the challenge was on but one I was up to!

From BirdsinBackyards.net: The Blue-faced Honeyeater is found in tropical, sub-tropical and wetter temperate or semi-arid zones. It is mostly found in open forests and woodlands close to water, as well as monsoon forests, mangroves and coastal heathlands. It is often seen in banana plantations, orchards, farm lands and in urban parks, gardens and golf courses. 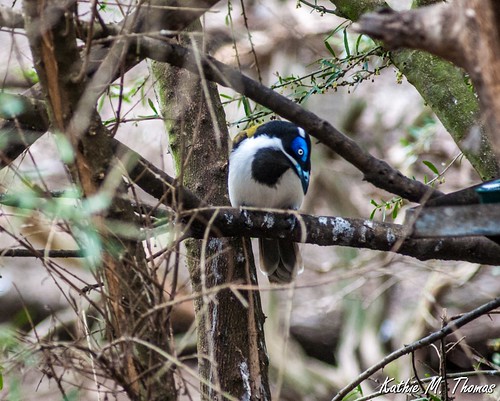 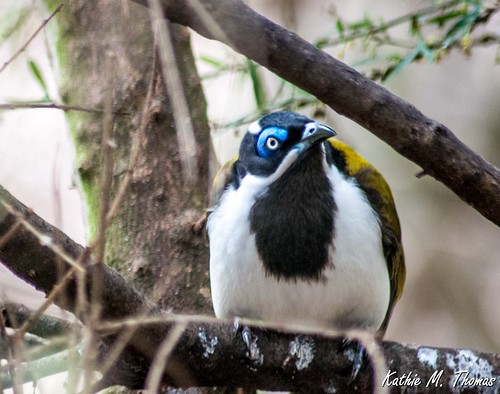 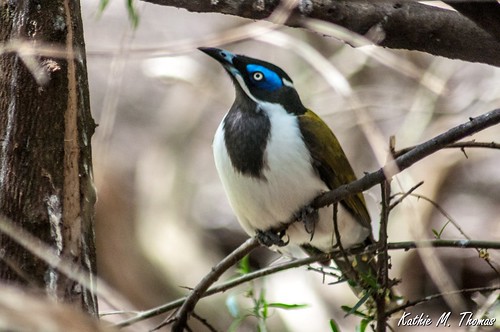