Some of my readers will know I’ve been participating in Project 365 – a photo a day for the past 2 years. Of course, it’s Project 366 this year.  I started doing it with a group of photographers at the Australian Photography Forum and, at the time, didn’t realise how popular this project is amongst photographers the world wide.

I’ve since come across other forums doing it and also people on Facebook. There’s a group at Flickr with over 26,000 participants (and over 1,000,000 photos). Of course, not everyone who starts the year, finishes the year or, of those who do, it’s rare that someone will have taken a photo every single day as something will get in the way.   In 2010 I think I missed a couple of days, in 2011 I missed just over 30 days’ worth, mainly due to my husband being in hospital, and then I was at the end of the year. Between December 13th 2011 and February sometime this year I hadn’t taken any photos 🙁  I was missing it a great deal I can tell you!

However, I’ve rejoined the project this year. What if I missed about 6 weeks before I took it back up? Doesn’t matter, I’m doing it now.  Why would I join in a project like this? First of all it was to learn more about my camera and to get into the habit of using it regularly – daily is quite regular!  But after some time it became habitual and I would really miss going outside. I was loving my walks before my accident and really look forward to getting back to the lengths and regularity again.  And, as I focus mainly on nature, I was seeing so much more of my surroundings than I’d taken notice of previously. It really has given me a love for our beautiful countryside, birdlife and wildlife. But there are other reasons for people doing the project and you can read this article for more on the topic: http://content.photojojo.com/tutorials/project-365-take-a-photo-a-day

And this is a photo from my first year of a swamp wallaby.  They’re cute and shy creatures. 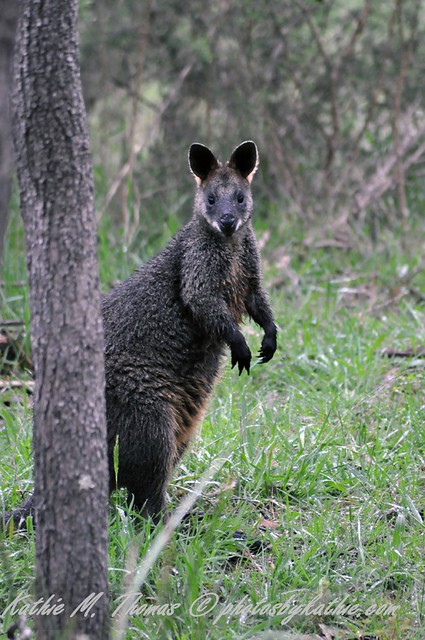