As I mentioned recently, my husband and I had guests from interstate and we spent a day with them on the Puffing Billy train. The train leaves from Belgrave and travels to Emerald Lake Park and then moves on to Gembrook. We chose to go as far as Emerald Lake Park, have lunch and wander around and then catch the train back to Belgrave.  That, in itself, was a pretty full day.  There were a lot of carriages on the train when we caught it and two engines pulling them but once we got to Menzies Creek many of the tourists got off to get on buses and the extra carriages taken off and we were put back to one engine only.  In reverse, the second engine was added back on when we got back to Menzies Creek. 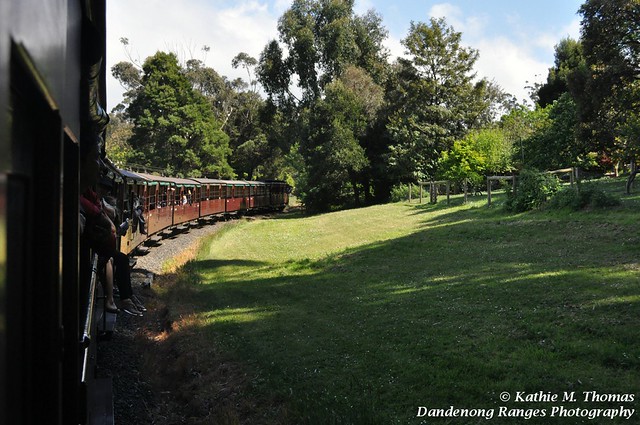 It was a long train and yes, people do sit hanging their legs out of the windows. 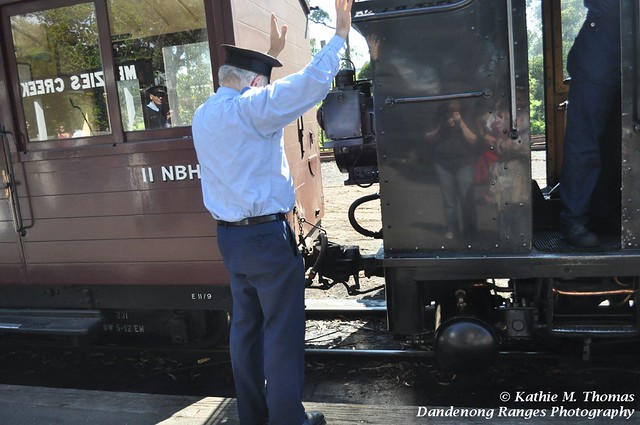 Coupling back up after removing one of the engines. 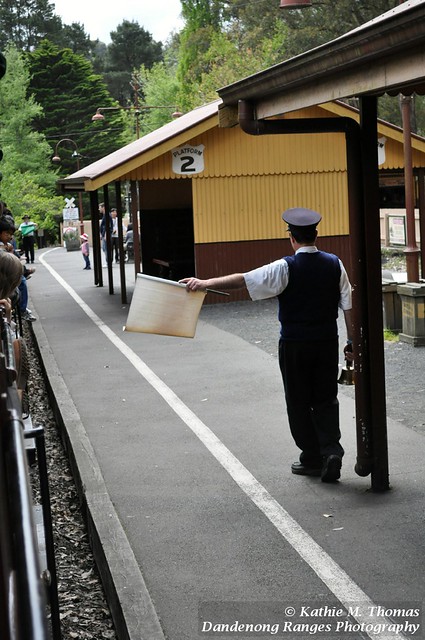 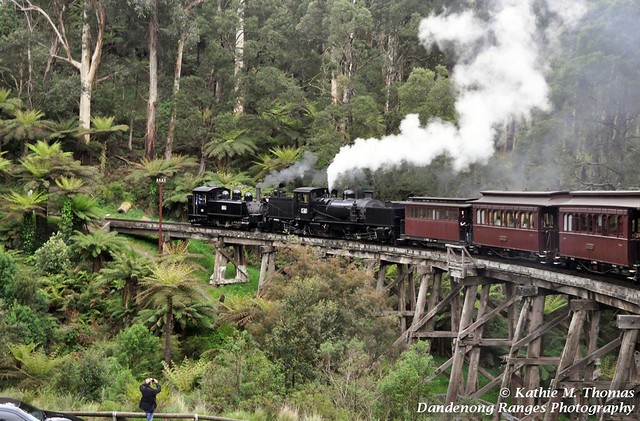 Returning back to Belgrave.  The two engines pull the carriages across the historic Trestle Bridge.