While I was walking at the park this week, on a beautiful Spring day, I noticed a little bird I’d not seen there before. I knew what the bird was as it’s on a poster we have at home.

The Birds in Backyards website tells us that the Spotted Pardalote is a tiny bird that is most often high in a eucalypt canopy, so it is more often detected by its characteristic call. The wings, tail and head of the male are black and covered with small, distinct white spots. Males have a pale eyebrow, a yellow throat and a red rump. Females are similar but have less-distinct markings.

I’d not seen one close up before so was delighted with my find. First few shots were blurry so I remained patient (a rarity) and followed it from bush to tree to bush again till I could get close enough for a decent shot. As you’ll see, it’s quite a colourful little bird.  There were two but I only got shots of one. As it flew over my head I heard its cute little ‘peep, peep’ sound. I didn’t know before then what sound it would make. 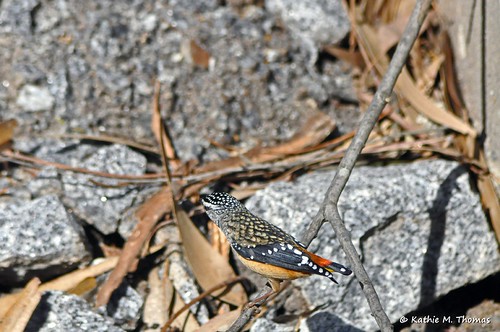 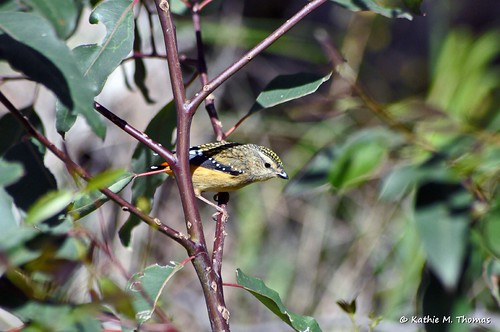